The respiratory system: why is it a major weakness for sport horses?

In this new article, we will look into the horse’s respiratory system. 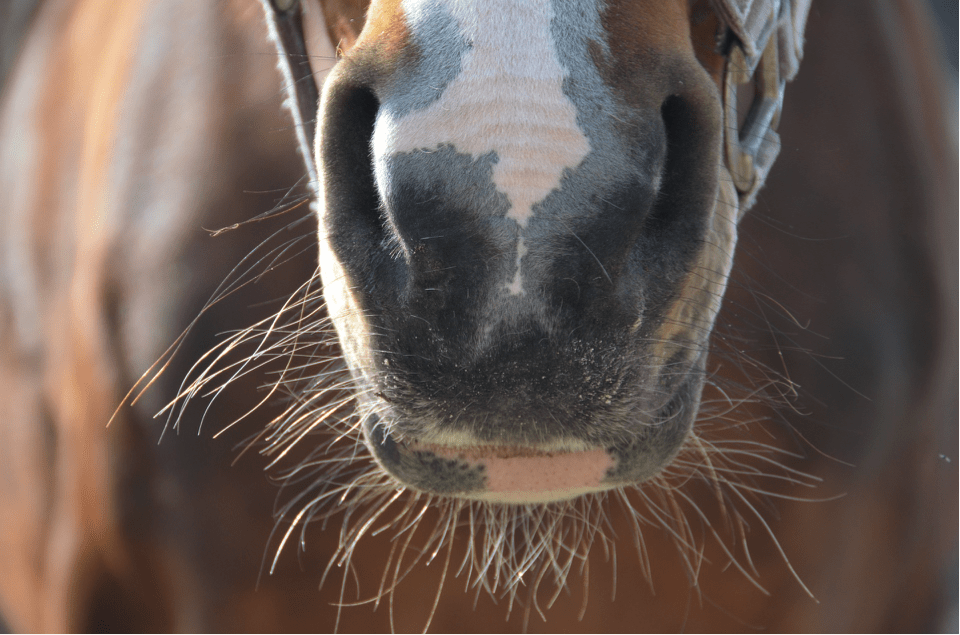 The main components of the equine (and human) respiratory system include: the mouth, nostrils, nasal cavity, oral cavity, pharynx, larynx, trachea, lungs, bronchi, bronchioles, diaphragm, ribs and intercostal muscles. As horses only breathe through their nose, the nostrils are the main entrance and exit for the respiratory airways in the horse. The primary function of the respiratory system, particularly during exercise, is to assist gas exchange: it delivers oxygen to the blood, removes carbon dioxide from the body, and contributes to thermoregulation and maintaining the acid-base balance.

It is important to know your horse’s normal vital signs (also called TPR for temperature, pulse and respiration), as it will provide good indication of his general condition. You can measure respiration by feeling the air come out of your horse’s nostrils, or by watching/feeling the chest or flanks move in and out for one minute. Placing a stethoscope at the windpipe to listen to the breathing is even better. One beat comprises inhaling + exhaling. The average normal respiratory rate for an adult horse is between 10 and 20 breaths per minute. The breathing rate of a newborn foal will be higher; from 20 to 40 breaths per minute is considered normal.

Of course, these are general rates that might vary depending on the horse and situation. Environmental factors as well as stress or excitement, for instance, can impact the respiratory rate. If your horse is very relaxed, you might get a rate as low as 4 breaths per minute. Checking these signs often will help you understand what are your horse’s normal value ranges.

In addition to the rate, it might be useful to check the characteristics of the respiration, which are also good indicators: is your horse making abnormal noise while breathing, is the respiration deep or shallow…? Strange sounds might be indicative of allergies, heaves, or a mucous blockage in the windpipe for instance.

Just like the heart rate, the respiration rate will increase with exercise, almost linearly with increasing intensity. It can increase to 180 breaths per minutes under high intensity training. The respiratory system responds to training by dilating the horse’s airways, which reduces resistance and thus increases airflow. Upper airways’ muscles will allow more oxygen to enter the horse’s system and help better expel carbon dioxide, whose production will also rise with effort. More air transfer will occur as the frequency of lung contraction increases, and the respiratory rate will increase to deal with the build up of carbon dioxide.

The recovery period of the respiration rate can also be used as an indicator of the physical condition of horses, although it is highly variable and should not be used alone. Breath frequency and breath sounds will be helpful to assess recovery. Depending on the exercise, the normal time for recovery (i.e. the time it will take for the respiratory rate to go back to normal) should be about 15 to 20 minutes. As the heart-rate drops post-exercise, the horse’s rapid and heavy breathing and flared nostrils should return to a normal breathing.

The faster your horse’s respiration will drop after exercise, the more fit your horse is. This is particularly important for sport horses preparing for show season. An eventing horse that goes back to a normal respiratory rate after 3-4 minutes after a cross-country training should not need more preparation. [On a side note, if you are interesting in learning more about the horse’s physical preparation for show season, go read our article with Marie-Charlotte Fuss’ advices (double young rider European champion).]

Painting (short shallow breaths) after exercise might indicate overtraining or overheat. If the recovery period is rather long and the horse is still heavily breathing after 5 minutes of cool-down for instance, then intense exercise should be stopped for a few days. Any unusual noise or discharge might indicate an issue and should be taken care of.

Limits to the respiratory system

PLimiting factors of this system include lung volume, airway diameter, and horses’ gaits. Indeed, in canter and gallop the respiratory rate will be exactly coupled with the stride rate (locomotor-respiratory coupling). This LRC system is an issue, because the respiration is not based on organs’ oxygen needs – which is the case at the walk and trot – and thus if needs increase, the only way to increase the respiration rate is to increase the pace, which would tire the horse and further increase oxygen needs. For long efforts at high intensity, the horse will therefore lack oxygen and become hypoxaemic (1) and also hypercapnic (2).

As for lung volume, although horses have a lung capacity of 50L of air, 60% of the air they breathe does not participate to gas exchange, meaning this large capacity is not of much use after all. Furthermore, horses breathe through their nostrils, which are one of the narrowest parts of the respiratory system, along with the larynx. Therefore, they are likely to cause resistance to incoming air and thus limit intake during exercise, despite their flaring response, and the dilatation of the larynx.

Conditioning does not have a big impact on the respiratory system, as compared to the musculoskeletal or cardiovascular systems. Indeed, it is conditioning of those two latter systems that will result in increases in oxygen uptake, and decreases in ventilation rate and respiratory fatigue, among others. Training will not be able to increase the lungs’ ventilator capacity or gas (oxygen and carbon dioxide) exchange speed, key factors of exercise capacity.

Other factors will affect air intake and gas exchange during exercise, and thus limit horses’ maximal performance: air quality (pollution, humidity…), the head and neck position of the horse, and equipment used, among others. These are easy factors to consider and pay attention to when we ride, to try to limit their impact on the horse’s respiration.

There are several management practices for horse facilities that will help prevent risk factors to equine respiratory health, which are very broad and include the horse’s overall health as much as environmental factors and even nutrition factors.

-> You want to maintain good air quality in the barn, with a proper ventilation system, and give your horse as much access to the outside as possible
-> To reduce dust and pollution it is advised to use wheelbarrows, limit the use of machines in the barns and arenas and minimize human activity such as sweeping and dragging/raking, especially around horses
-> Watering the arenas is usually useful to keep exercise areas well maintained with low dust levels
-> A quality dust-free bedding is always best to ensure the good health of horses’ respiratory systems
-> Watering hay, and not feeding horses on the ground will also reduce their inhalation of dust
-> Finally, to prevent diseases, it is good practice to disinfect horses’ water and feed buckets daily, as well as have a proper vaccination program for all horses

See you soon for a new article,

lundi, 9 juillet, 2018Training in summer: what is the impact of heat on heart rate and performance?

vendredi, 29 juin, 2018GETTING READY FOR THE FRENCH CHAMPIONSHIPS